Dr Jayant Manchanda offer Chiropractic Treatment in Rajender Nagar, Delhi at reasonable price/fee. I am the originator, the foundation head of the essential principle that disease is the result of too much or not enough functioning. I created the art of adjusting vertebrae using the spinouts and transverse processes as levers, and named the mental act of accumulated knowledge, function, corresponding to the physical vegetative function-growth of intellectual and physical-together, with the science, art, and philosophy of chiropractic.

The chiropractic profession is only a little more than a century old, but manipulation in its various forms has been used to treat human ailments since antiquity.

The Father of Chiropractic

Dr. D.D palmer ( 1845- 1913). His formulation of chiropractic practice and theory purportedly developed from his application of manual thrust. Which he called an adjustment to Harvey hillard in September 1895. This manual adjustment was directed to the 4th thoracic vertebra and resulted in the restoration of Mr. Hillard's hearing. Palmer was the first are to use spinous and transverse process of the vertebra as levers for adjustment
Palmer wrote

Palmer believed that there are inner forces that have their own regulatory effects known as innate intelligence. He reasoned that health could be maintained if the body's innate intelligence was functioning properly.
Diseases viewed as conditions resulting from either an excess or or deficiency of this function.
In contemporary health care the body's ability to self regulate and maintain internal equilibrium is referred to as `homeostasis '.
D.D Palmer died in 1913 and his son B.J Palmer led the original Palmer school for nearly 7 years.
Classification of manual therapies ( Chiropractic) 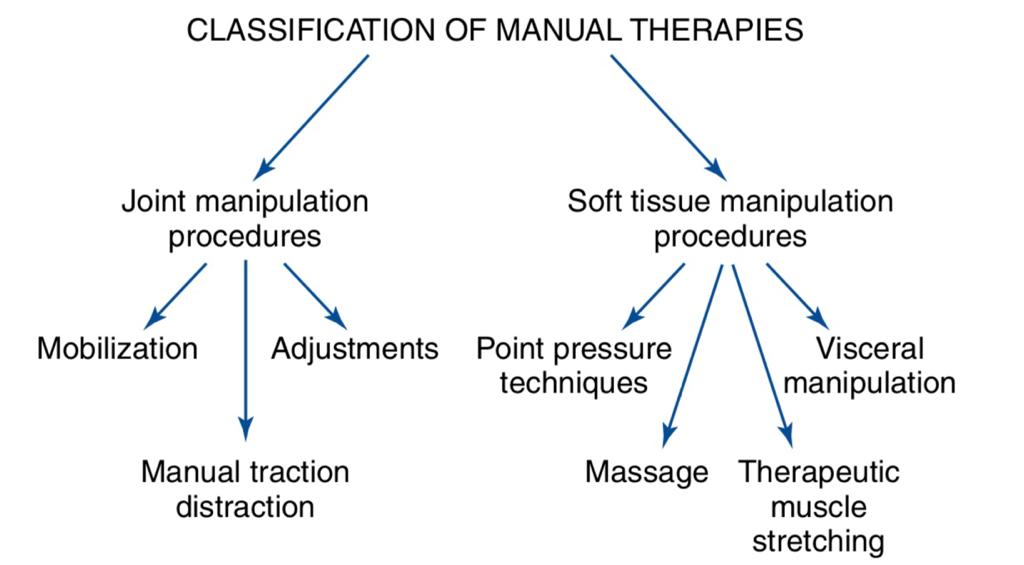